A deer’s nose is over 80x more sensitive than ours

A deer can jump a 9 foot fence

Deer are the largest wild herbivore in NY

A deer’s stomach is able to digest different foods at specific times of the year. This helps it survive the changing availability of food, and why only certain plants and shrubs are eaten at particular times of the year

Deer thrive in today’s environment because they are an edge species. This means they do not like large homogenous tracts of land, but land with borders and edge habitats. As the human population has increased and divided land, we have created a more suitable habitat for the white-tailed deer to not only survive, but actually thrive.

There are no natural predators to deer in Long Island in high enough numbers to affect the white-tailed deer population. Humans, motorists, and domestic dogs remain the only real predators.

A female deer (doe) can begin reproducing as early as six months of age with proper conditions and nutrition, and although 1-2 young (fawns) per year is common, 3 fawns per year is not unusual for a healthy, mature doe. 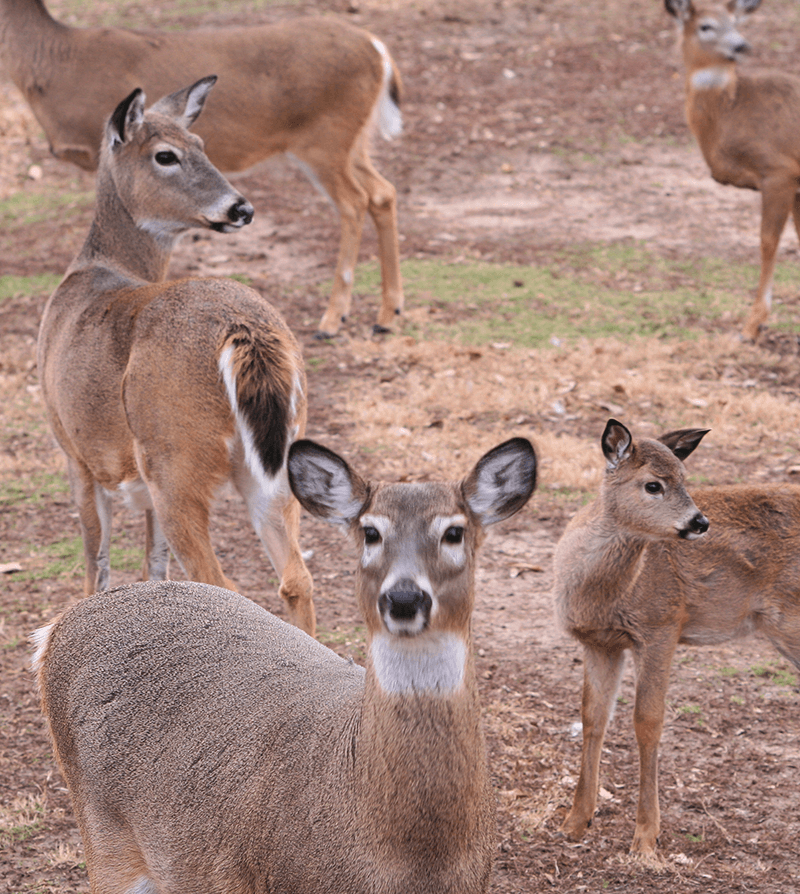 What are some favorite plants and shrubs of deer in NJ?

GET A FREE TRIAL